So I finally tried the purple (venom) and also decided to use this palette for a dark cut crease look. Here is the purple look: 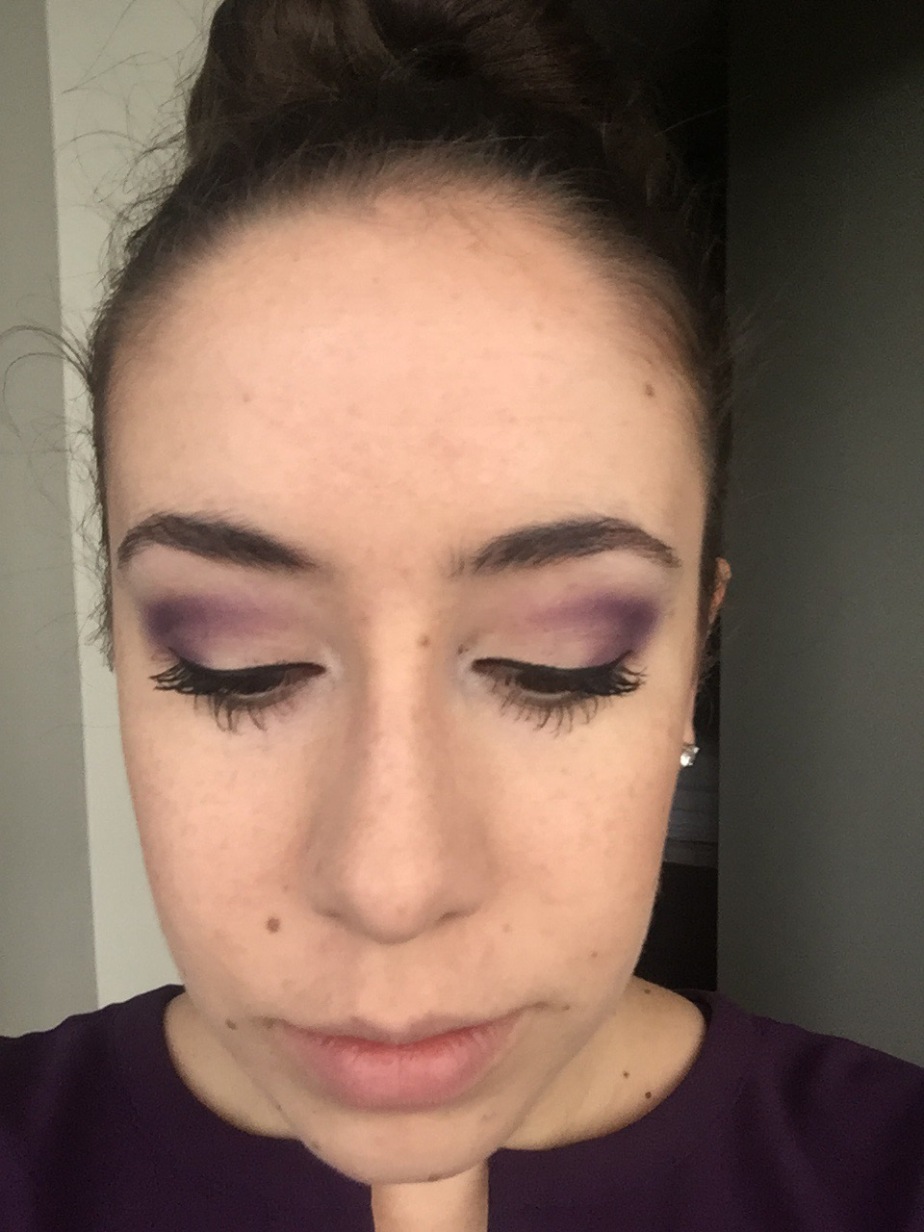 So when I looked at the palette initially,  I was surprised that she included this very light purple shade. However when you use it it is dark and very pigmented just like the rest of the pallet so it actually matches very well. I wanted a more subdued look so I used a Mac 217 brush and layered slowly. I was pretty happy with the results!

This morning I decided to try something a little Different and I tried a cut crease look with the palette and some Mac products (greasepaint stick from their Rocky horror line, and a pro longwear Eye shadow.

Here are the other products:

Then I used “queen” to create the shadow and then “ankh” to define the crease.

Then I made the stupid mistake of trying a stila foil shadow on the lid but I hated it. Tried using makeup remover to get it off but it didn’t work 100%. I moved over to the mac “always sunny” shadow all over the lid. I used makeup remover to make the shadow into a wing shape and then went the liner. I used the Sephora fine line which I find useful when you want a thin line, as it defines pretty well.